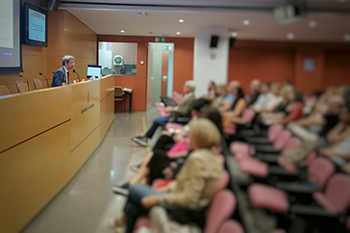 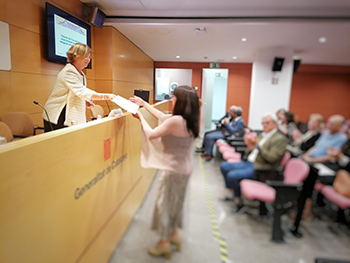 The expert of the European Committee for Data Protection and professor of Private Law and holder of the Jean Monnet Chair of Mediterranean Digital Societies and Law at the Polytechnic University of Turin, Alessandro Mantelero, has today assessed the regulation proposal of the European Union on Intelligence Artificial, which must lay the foundations and limits when developing applications with this type of technology in Europe.

For Mantelero, the proposal does not imply a strict regulation of the sector, unlike what happened with the General Data Protection Regulation, which was clearly committed to defending the rights and freedoms of citizens. Within the framework of the closing ceremony of the second edition of the Specialized Training Course for data protection officers from public administrations and their public sector, organized by the Catalan Data Protection Authority (APDCAT) and the School of Public Administration of Catalonia (EAPC), the expert explained that the AI ​​regulatory proposal focuses mainly on the regulation of high-risk applications, and leaves aside the bulk of medium and low risk applications, which are those that affect many people lifes.

For Mantelero, it is an industrial policy decision to start little by little to allow the development of the market for this technology, but he has warned that this comes up against the protection of fundamental rights, which must be provided in all contexts, beyond high-risk situations.

In addition, he has identified other weaknesses in the proposal. On the one hand, that he does not provide tools to carry out risk assessment in the development of AI applications, so that he is forced to assess this risk without providing a model to do so. On the other hand, that it does not promote citizen participation when creating applications or programs based on AI that may have an effect on their rights and freedoms.

However, he concluded, this proposal represents a step forward in the global regulatory framework and confirms the EU's leadership in regulating digital societies. As happened with data protection, more comprehensive and extensive regulations will come in the coming years.

The closing ceremony of the Specialized Training Course for data protection officers from public administrations and their public sector, has also had the participation of the Deputy Director General of Training of the EAPC, Magda Castro, and the director of the APDCAT, Meritxell Borràs, and has welcomed the delivery of certificates to students who have passed the course.

Castro has been in charge of welcoming the act. During her speech, she highlighted the collaboration between the EAPC and the APDCAT to organize the course for data protection officers, who ensure compliance with the norm in organizations.

For her part, the director of the APDCAT, Meritxell Borràs, who closed the event, praised the course for data protection officers, because "it helps to consolidate the knowledge that this figure requires, and also to create a network in which to share experiences". For Borràs, this figure is key in organizations to achieve effective compliance with data protection regulations, since it allows a more direct and agile connection with organizations and prevents actions outside the norm.

The expert from the European Committee for Data Protection, Alessandro Mantelero, defended today, within the framework of the closing of the Specialized Training Course for Data Protection Officers, that the European proposal to regulate the application of Artificial Intelligence systems (AI) has weak points, such as the lack of tools to assess the risk of applications, and that it does not promote citizen participation in the development of projects that may affect them.